Representatives of the organizations who drive the development of media literacy in Bulgaria, raise public awareness, engage institutions, create meaningful initiatives and projects.

People who are leaders in their fields - entrepreneurship, public policy, guilds - and actively support public causes with focus on human rights, education and culture. 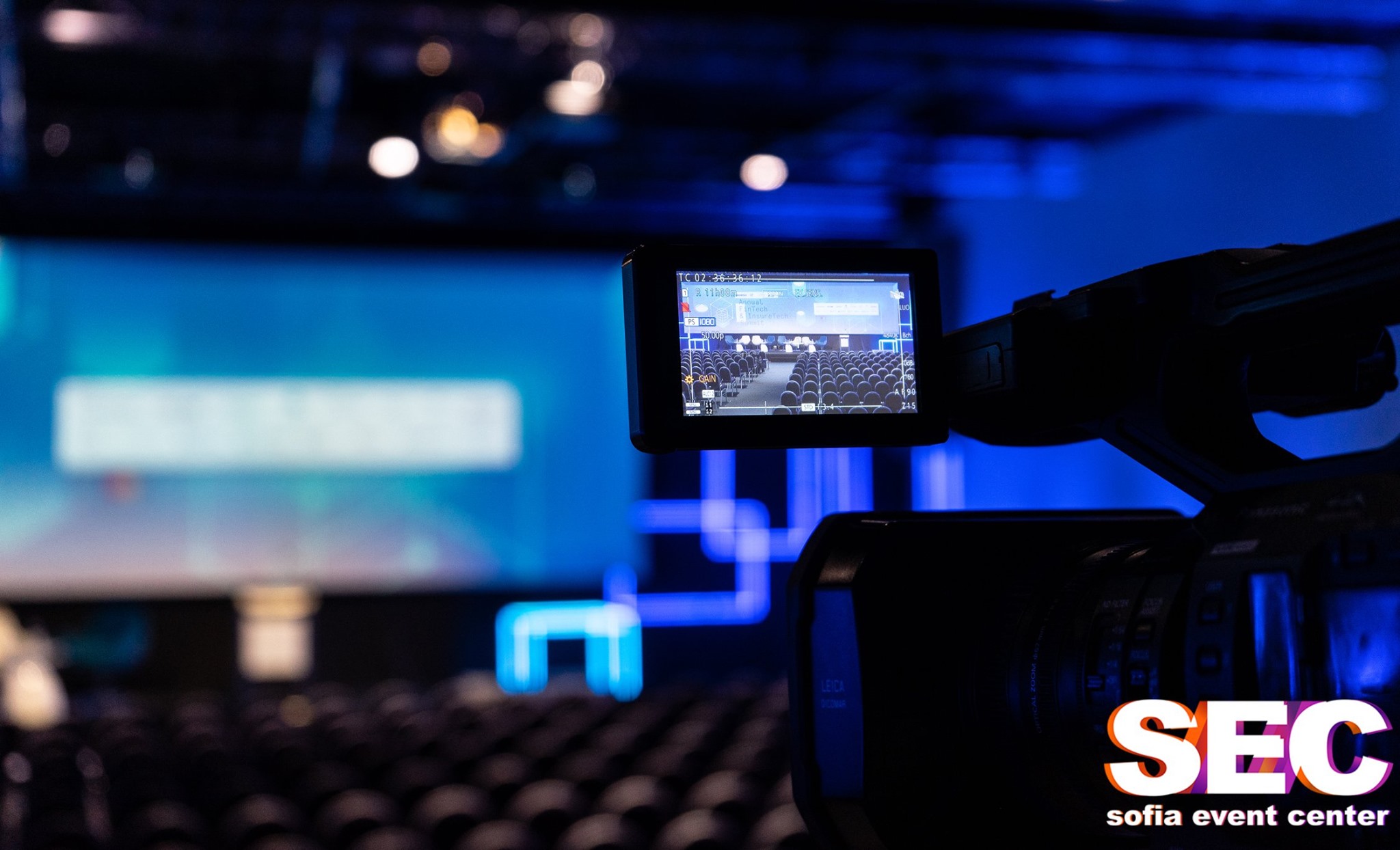 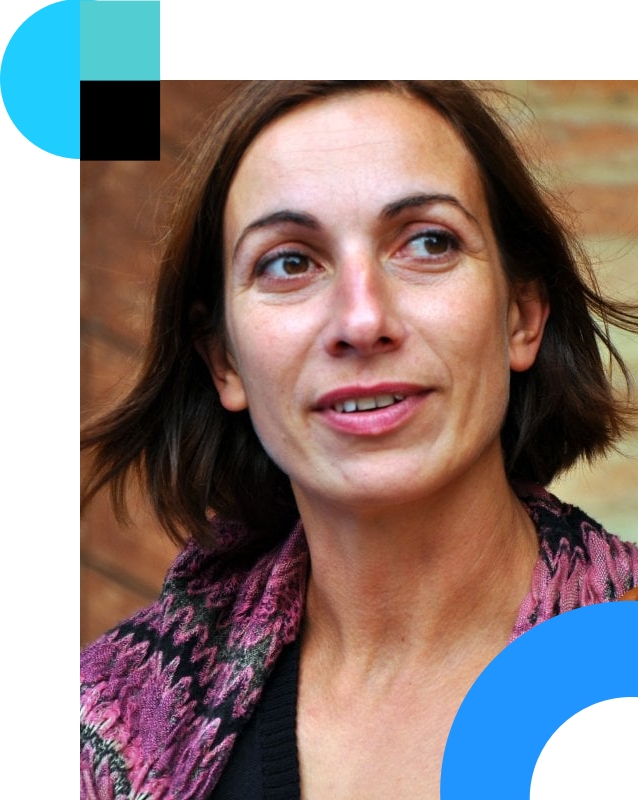 Christina is the chairman of the Media Literacy Coalition and co-founders of the Association of European Journalists-Bulgaria, which she leads between 2010 and 2016. Until September 2018 she is the director of the Red House Center for Culture and Debate.

For her work as a journalist on European affairs she has been awarded three times by the Representation of the European Commission in Bulgaria with the "Robert Schuman Award" in the Internet media category. She graduated in International Relations in Sofia, Political Science and Political Sociology in Paris.

Antoaneta Vassileva is a member of the Media Literacy Coalition Management Board's, the Online Safety Advisory Line 124 123 coordinator and head of the Digital Media Literacy Program at the Association Parents, part of the National Center for Safer Internet.

She has more than 16 years of experience in the field of prevention and support of children and women, and protection of their rights, and in the development of policies for combating trafficking in human beings, prevention and direct support of victims. 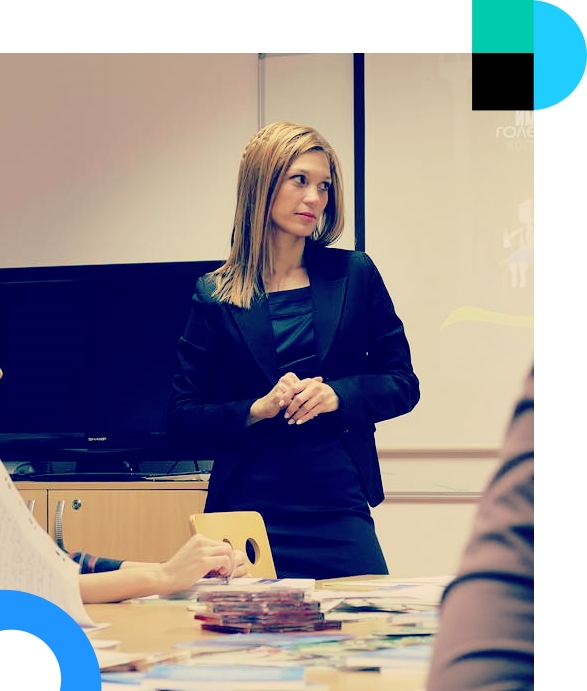 Irina has an extensive experience as a radio and multimedia journalist (documentary features, screen-writing) with the National Bulgarian Radio, Channel Horizon and quite good international professional experience. She came back to the Radio after spending 7 years with the Public TV as presenter and short documentary maker because she believes that Radio gives more voices to the Humanistic perspective of life and political reality than the TV broadcasting.

Currently Radev holds the position of a project Manager/Board Member at Association of European Journalists - Bulgaria. 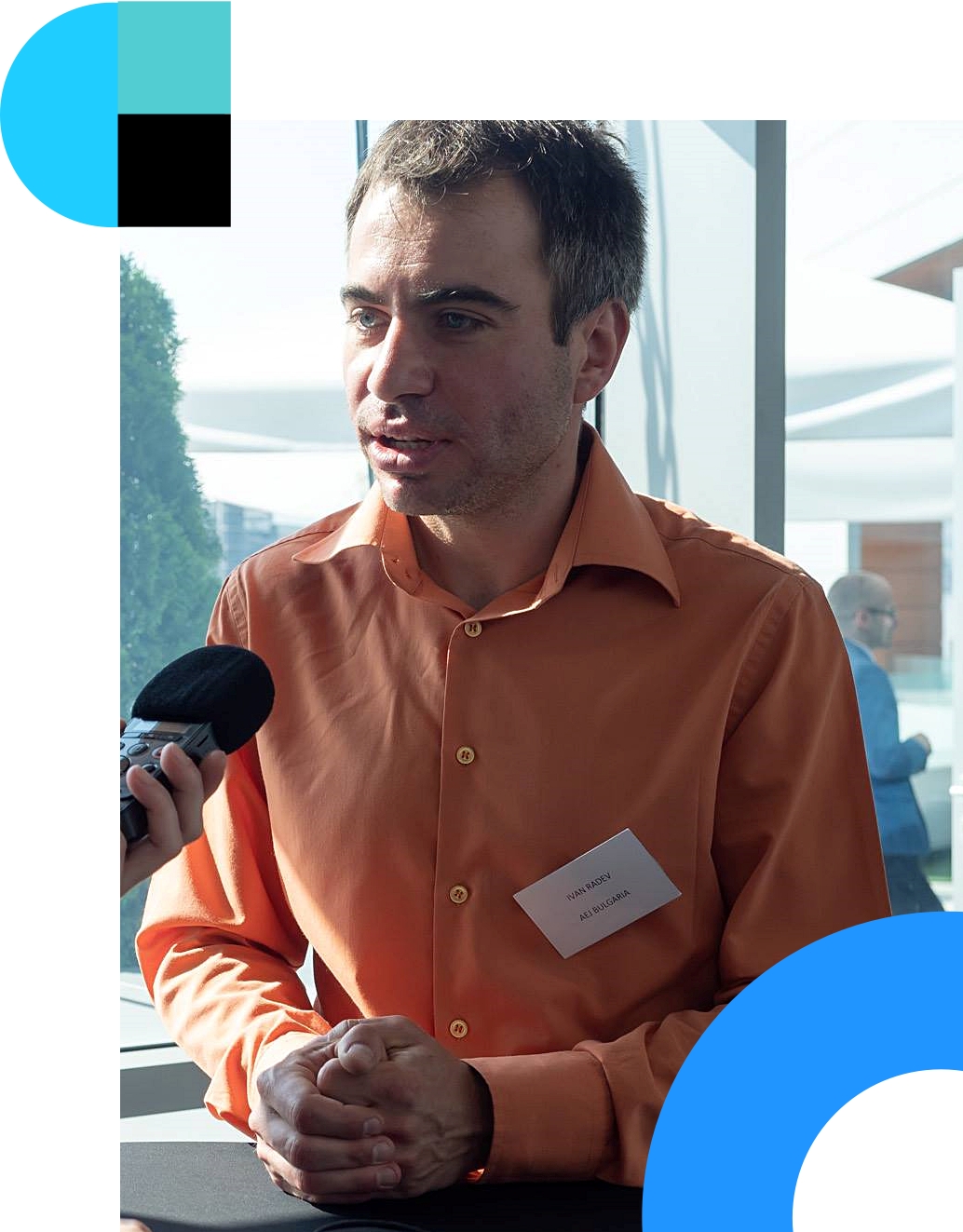 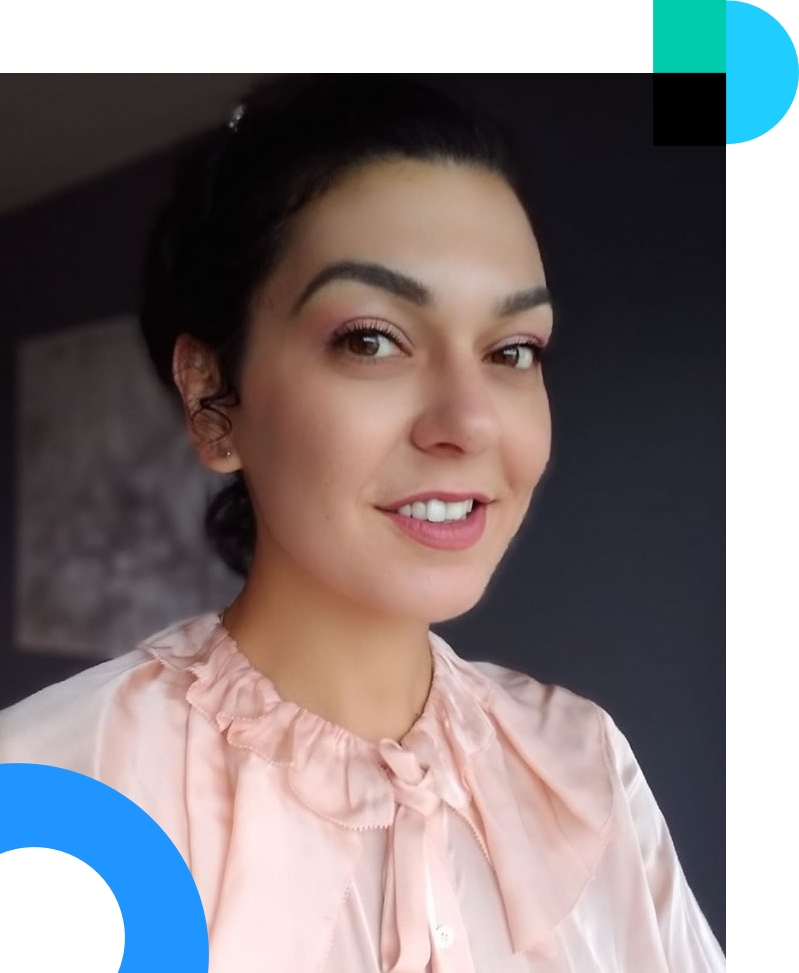 Yoana Marinova is a member of the Board of Directors of the Media Literacy Coalition in Education. She graduated with honors in International Relations and Economics from the University of Toronto, as well as a Harvard management program. Yoana taught media literacy and media production for economic and cultural development over 10 years in the United States.

Yoana is the recipient of the United Nations award from the Universal Cultural Forum in Spain, the Harvard Harbus Award for Excellence in Journalism and Education, and a citation from the State of Massachusetts for achievements in the work with young people.

Peter is a senior analyst at the Safer Internet Centre. He has a master's degree in Cognitive Science and two years of experience as a financial analyst at Avery Denison's European headquarters and as a teacher of English and philosophy.

At the Center Peter is engaged in scientific and applied research, development of innovative methods and training to build critical thinking and digital and media literacy of children and youth. 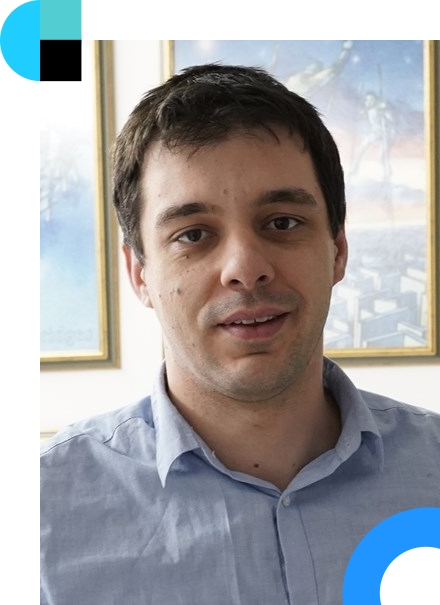 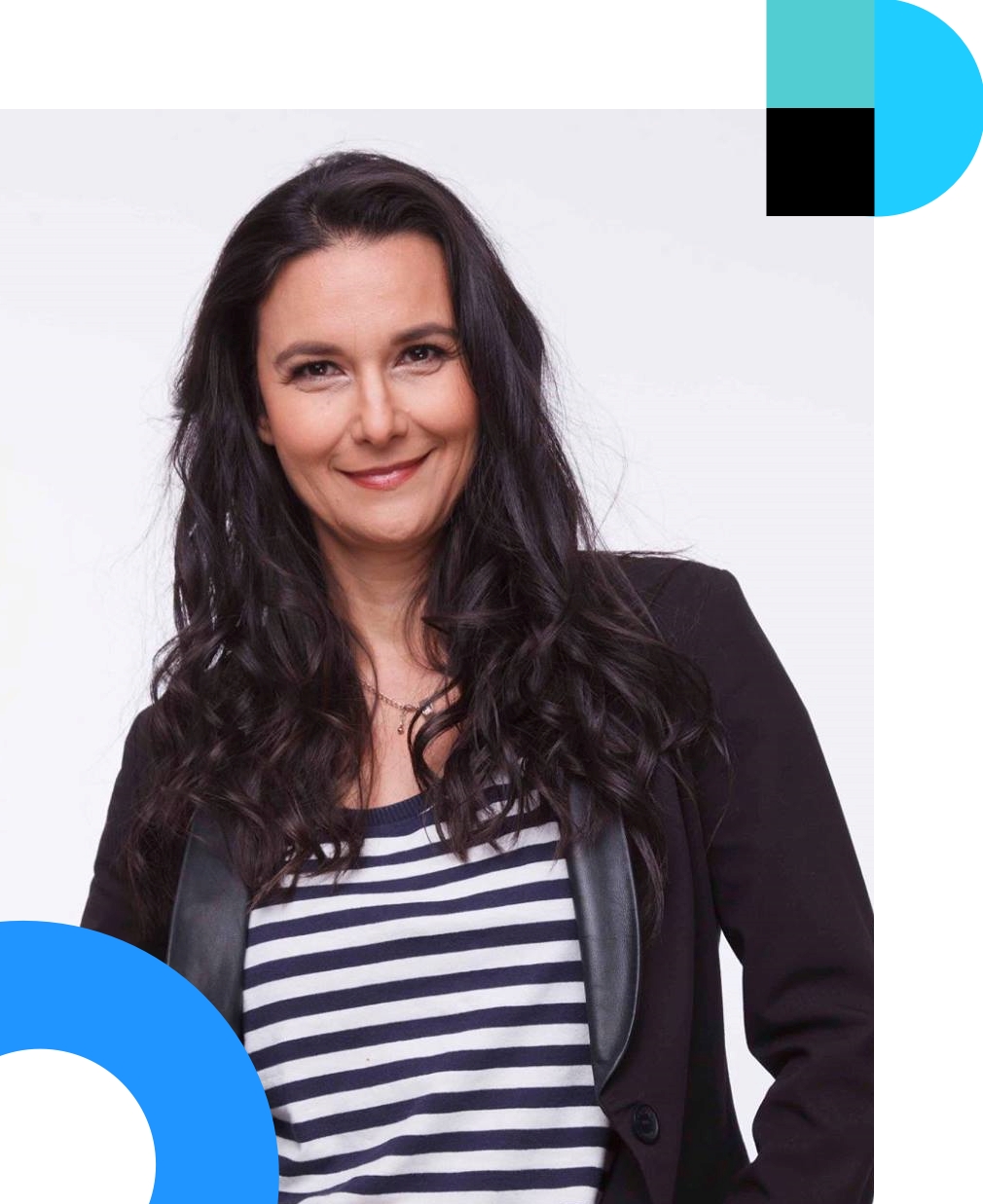 Evelina has been part of the Radio FM + team since the creation of the radio. She was also the program director of Radio FM +, Radio Star FM. She is well known to the TV audience as a host of a number of television formats, including the show "I love Bulgaria" on Nova TV.

Yana Aleksieva is the executive director of the Parents Association. She graduated from Sofia University "St. Kliment Ohridski" with a master's degree in child and adolescent, and school psychology.

Throughout her career she has worked with children, parents and professionals dealing with children. She was part of the team of the French lyceum "Victor Hugo", which is part of the network of international schools. 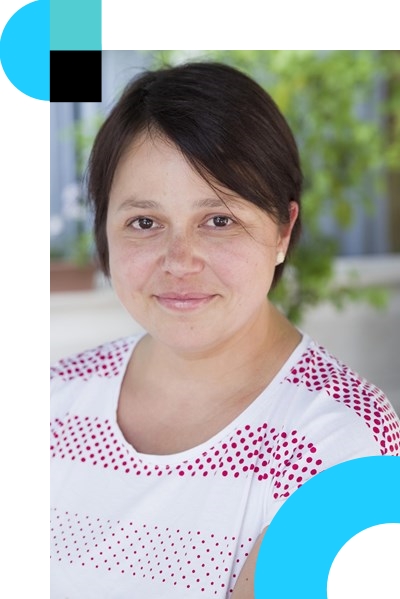 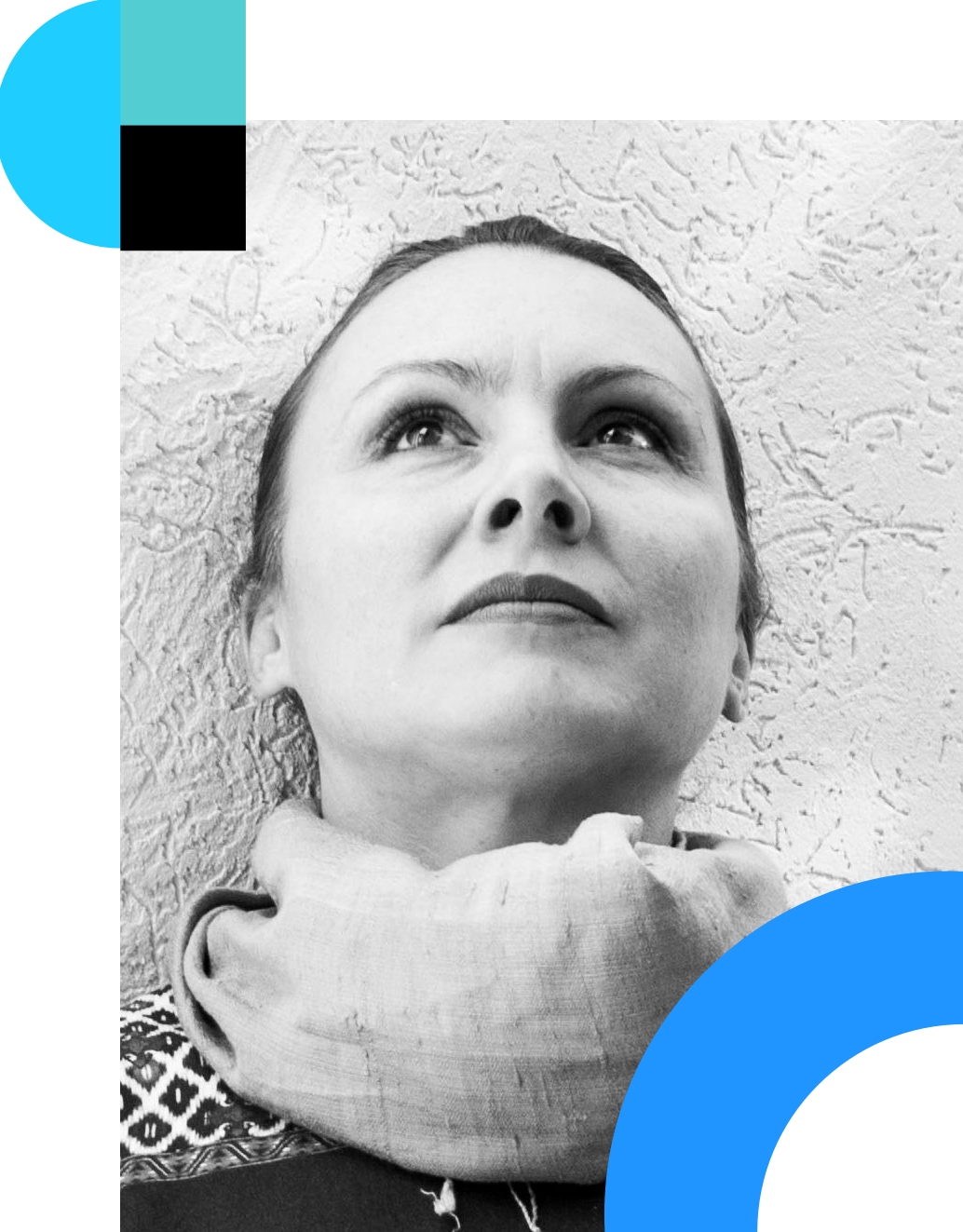 Iskra is a co-founder of "Knigovishte.bg" - an online platform-game for children, which aims to attract them to reading for fun, to improve their reading literacy and help them develop key skills for the 21st century. A new module for the formation of media and civic literacy of Bulgarian children through journalistic materials intended for children aged between 7 and 14 will be implemented soon.

Iskra has a degree in International Politics from the University of Manchester and has over 15 years of experience in coordinating, designing, developing and managing projects in the field of education and social sphere in Bulgaria.

Evi is a film impact strategist working with films which have a social impact potential and deal with currently important issues.

She has developed programmes using film for education working with young people aged 10-16 and currently produce both fiction and documentary projects. Evi is a member of Media Literacy Coalition and has written the script for the videos produces for the Media Literacy Days 2020 Campaign. 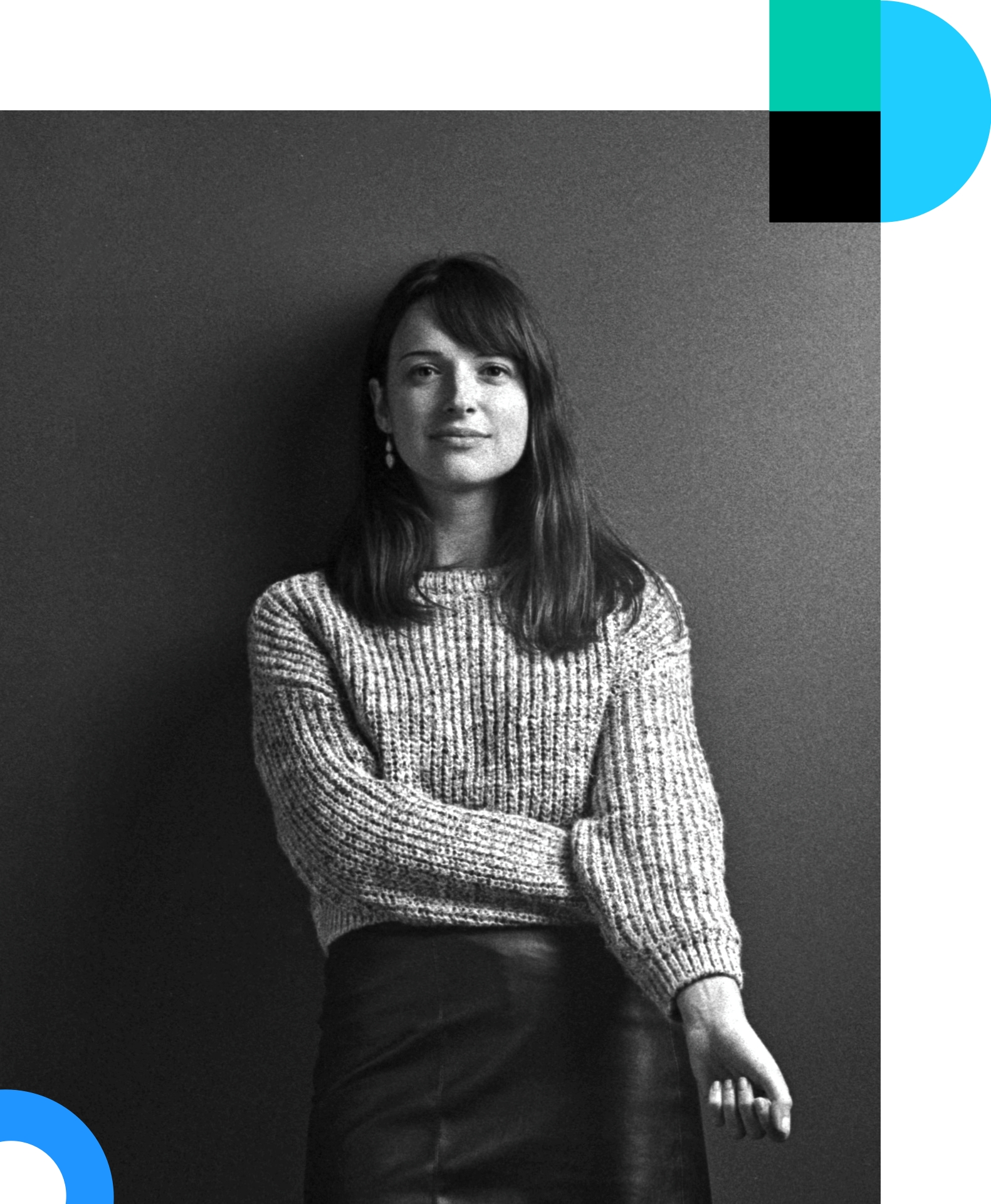 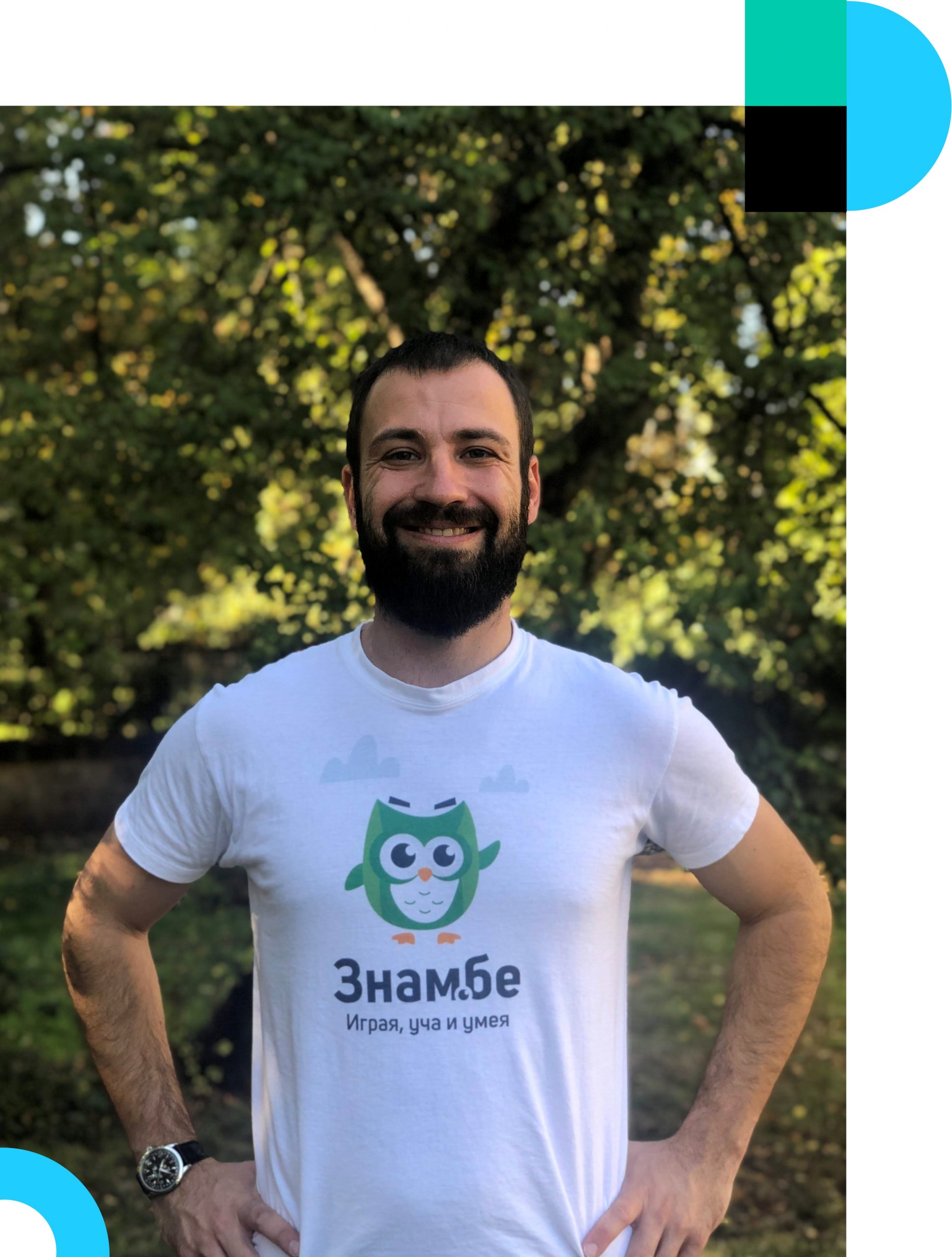 Training and education is Angel's passion. He feels alive when he helps other people learn and eventually become better than him at any particular field. He gained his skills as regional and national training manager for multinational consumer electronic companies and software educational organizations.

Angel's experience in marketing and education in various programming languages and technologies creates an unique mixture.

H. E. Herro Mustafa was confirmed by the U.S. Senate as Ambassador to the Republic of Bulgaria on September 26, 2019. She worked in the Office of the Vice President from 2009-2011, providing counsel on issues related to the Middle East and South and Central Asia. Prior to joining the State Department, Ambassador Mustafa was an International Elections Supervisor with the OSCE in Bosnia.

She is the recipient of notable awards from the State Department, including the Matilda W. Sinclaire Award for superior achievement in a foreign language. She speaks Portuguese, Arabic, Hindi, Russian, Greek, among other languages. 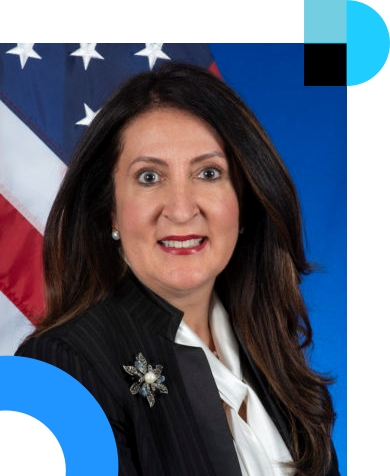 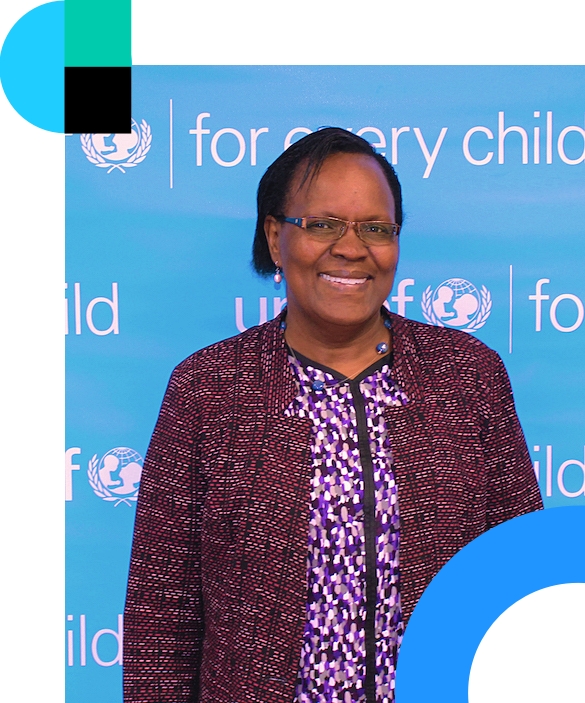 Ministry of Education and Science

Mr. Nikolov is the incumbent Deputy Minister of Education and Science. Since 2010 he is an assistant professor in the Department of Political Science at the New Bulgarian University. From 2015 to 2017, he is the editor-in-chief of Conservative Quarterly, a theoretical magazine for politics and culture. 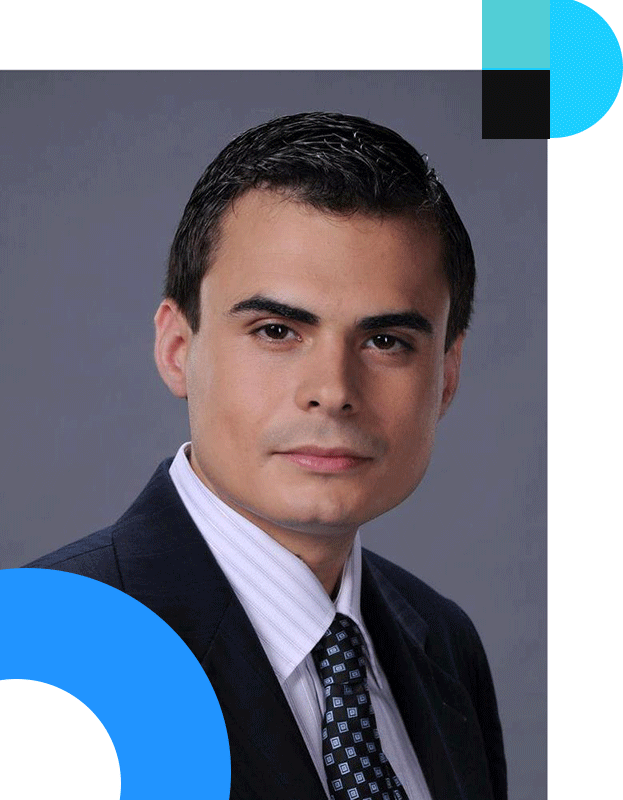 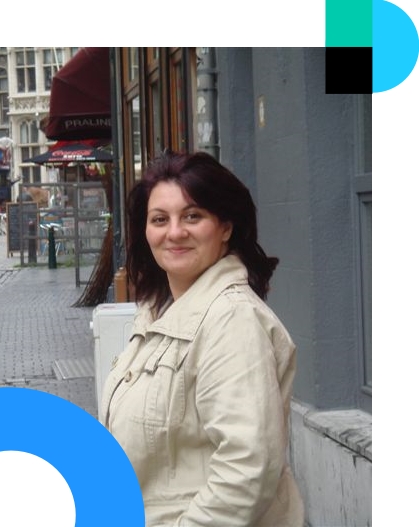 Axenia Boneva is an expert in the International Cooperation Department of the Ministry of Culture in the field of audiovisual policy. She is a member and representative of Bulgaria in the "Audiovisual" Working Group of the Council of the EU, which considers and adopts legislative initiatives related to European media policy.

Ms. Boneva is a representative for Bulgaria in the European Commission’s "Media Literacy" Working Group and leads the "Policy in the field of culture and audiovisual" Working Group (18) at the Council of European Affairs. She worked as a production manager at Radio FM + for many years and currently is a member of the Public Council for Safer Internet.

Martin Kothé is the Director for Bulgaria of the Friedrich Naumann Foundation for Freedom.

The Friedrich Naumann Foundation for Freedom was the first German political foundation, which supported the process of democratic transition of Bulgaria immediately after the fall of the Iron curtain in 1990. For 25 years now, the foundation was actively involved in the promotion of the rule of law, good governance, the market economy, and human rights. 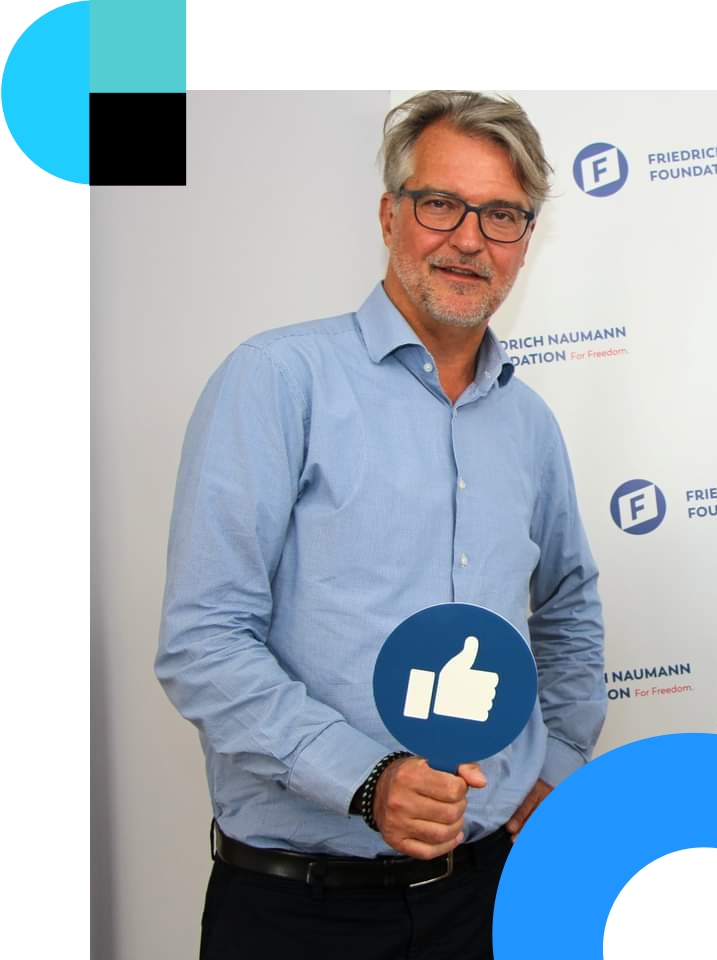 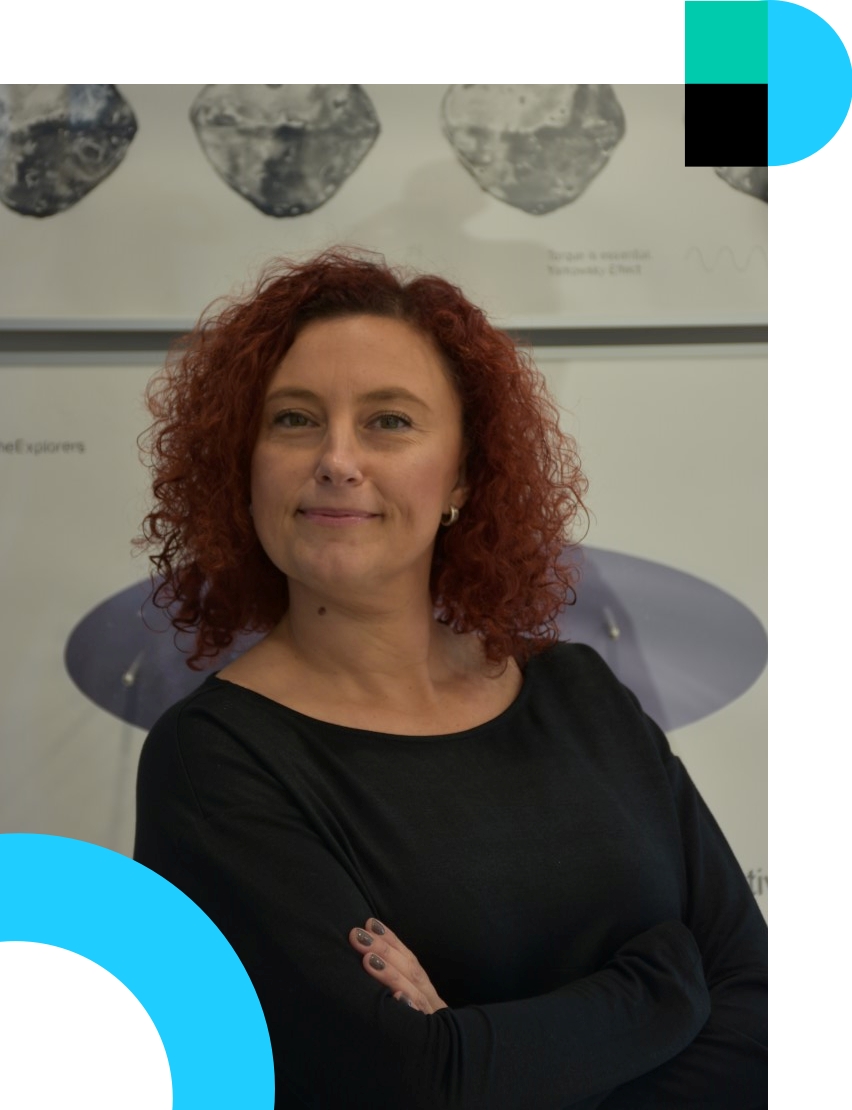 Dilyana Stoyanova is responsible for the sponsorship and donations policy of UniCredit Bulbank, online and offline business events and corporate social responsibility. Her professional path at UniCredit is both in Bulgaria and at the bank's headquarters in Milan. She is the coordinator of the UniCredit Foundation for Bulgaria.

Dilyana has worked on many and versatile local and international projects related to: bank conventions, volunteer program, cultural events, sports competitions, sponsorship initiatives, European tour of the UEFA Champions League Cup, internal and external communication. She is interested in sustainable development, she always finds time to read fiction and non-fiction.

Vesselin Dimitrov is the editorial director of Forbes in Bulgaria. He has extensive experience in media and corporate communications both locally and internationally. He studied journalism (B.A.) and media management (M.A.) in Germany and has worked for media such as Spiegel, NPR and the BBC.

In terms of communications, Vesselin managed the marketing and public relations of Sofia Open - the largest sporting event in Bulgaria, and the corporate communications department of TBI Bank - a financial institution operating in six European markets. 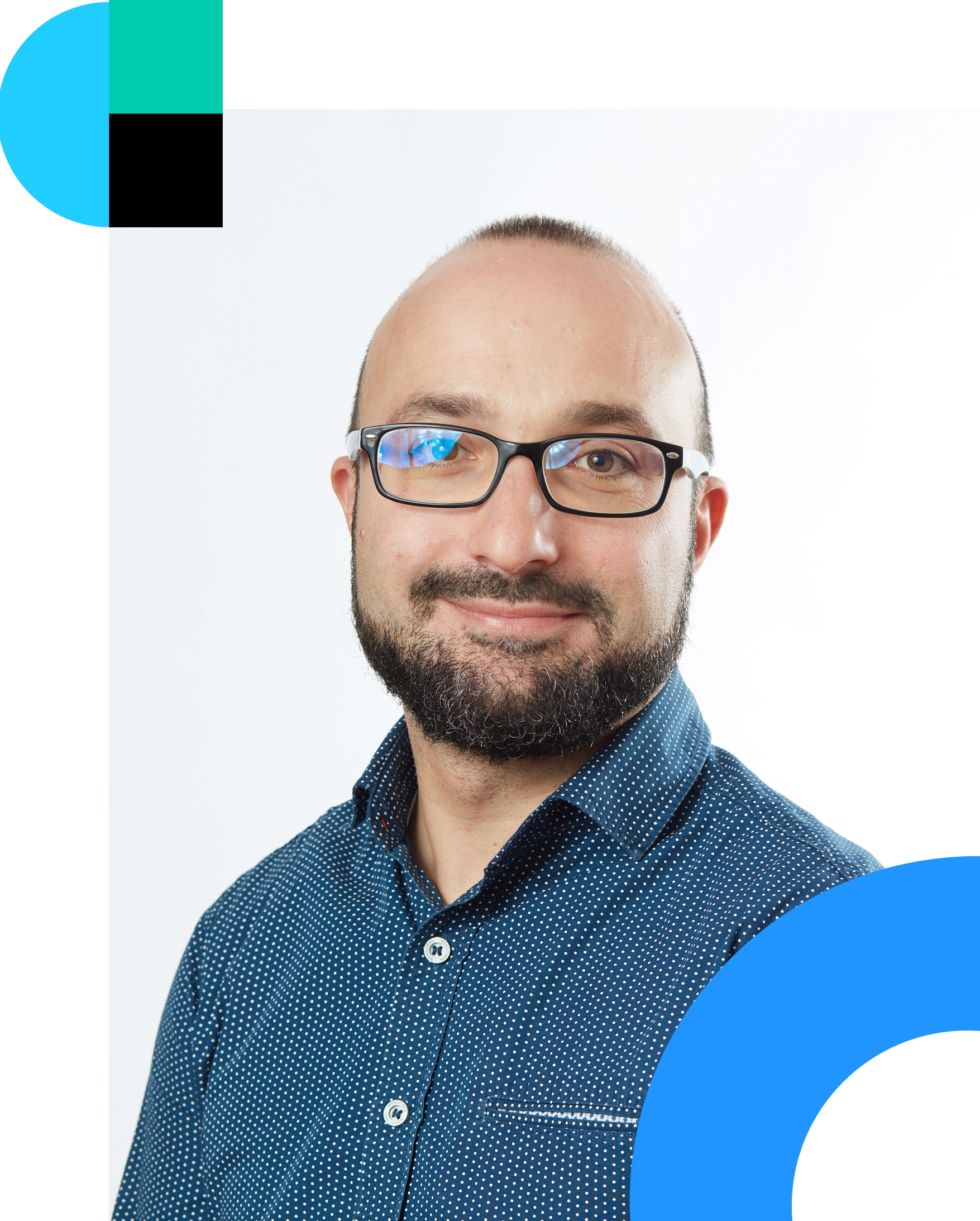 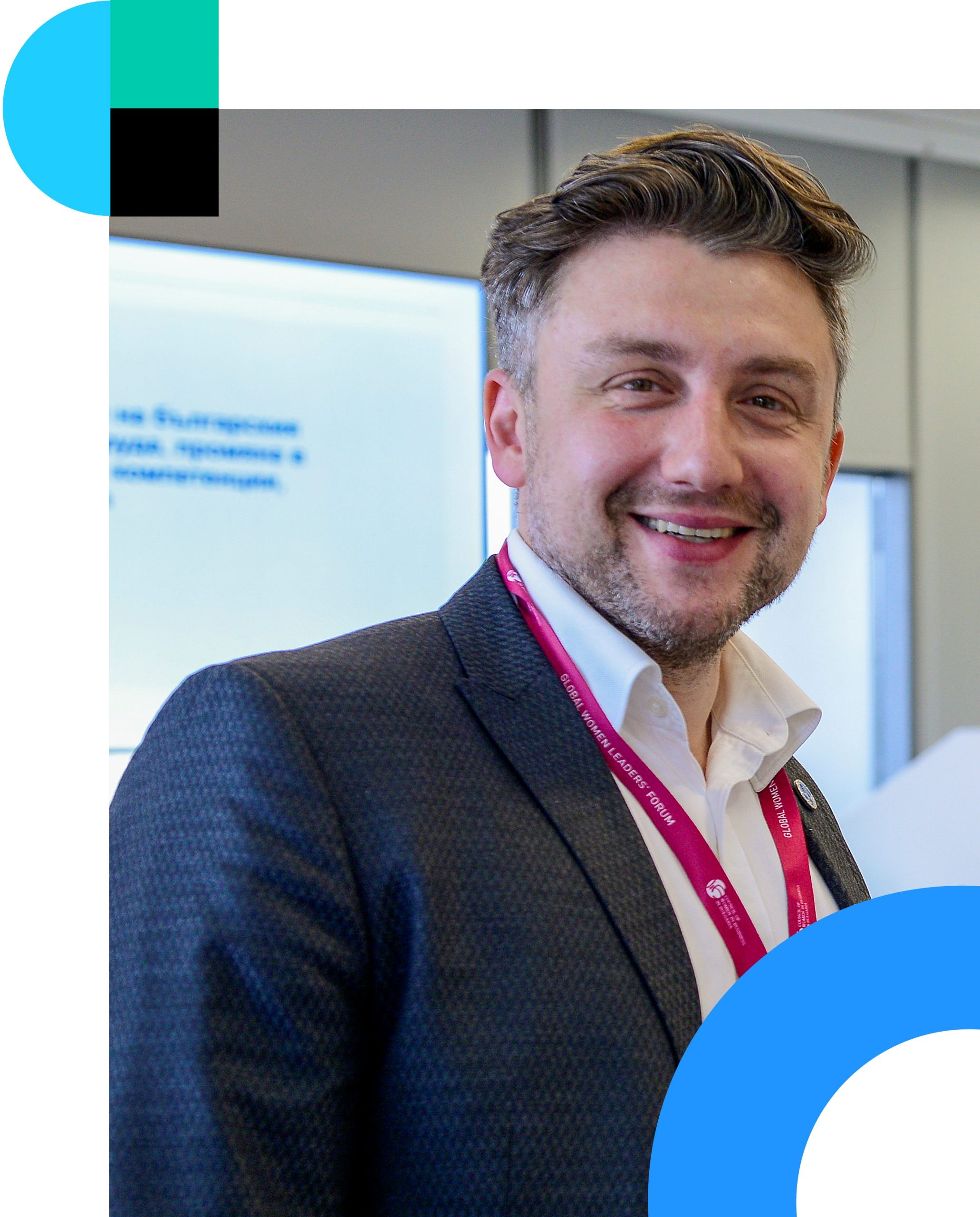 Daniel Kiryakov, PMP, is the Communications and Institutional Relations Manager at the American Chamber of Commerce in Bulgaria. AmCham has nearly 330 members - American, Bulgarian and multinational companies. He has over 15 years of experience in communications, CSR and institutional relations and had a leading role in international projects in Enel Bulgaria, ContourGlobal, and The Bulgarian Chamber of Mining and Geology.

Daniel is a member of Bulgarian Public Relations Association (BDVO) and EACD. Chairman of the BDVO's Ethics at Commission (2016 - 2020), co-founder of the Center for Analysis and Crisis Communications.

Petya Dyulgerova is a program coordinator for Bulgaria and Macedonia at the Friedrich Naumann Foundation for Freedom and one of the authors of the periodical "Black Book of Government Waste in Bulgaria". 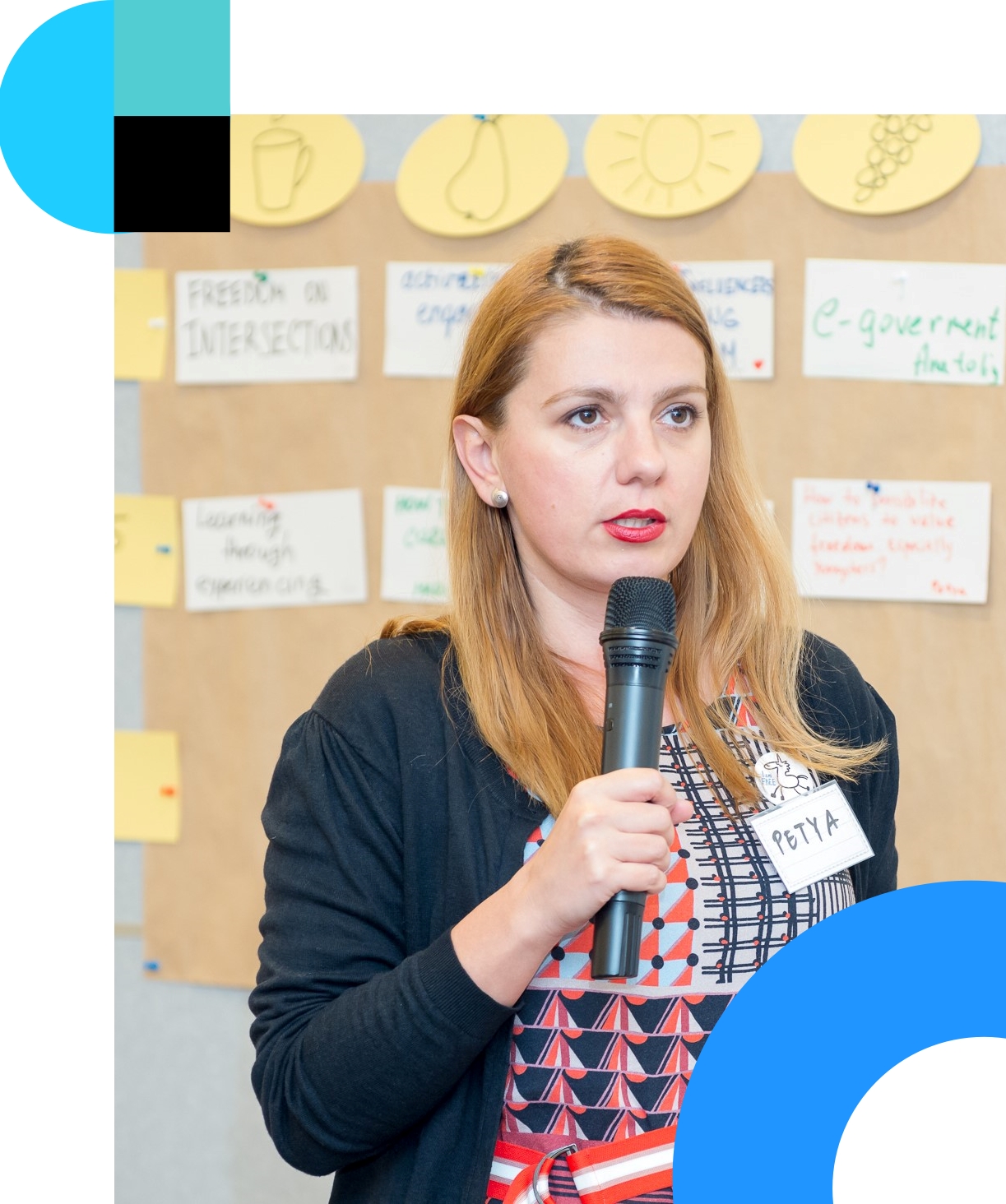 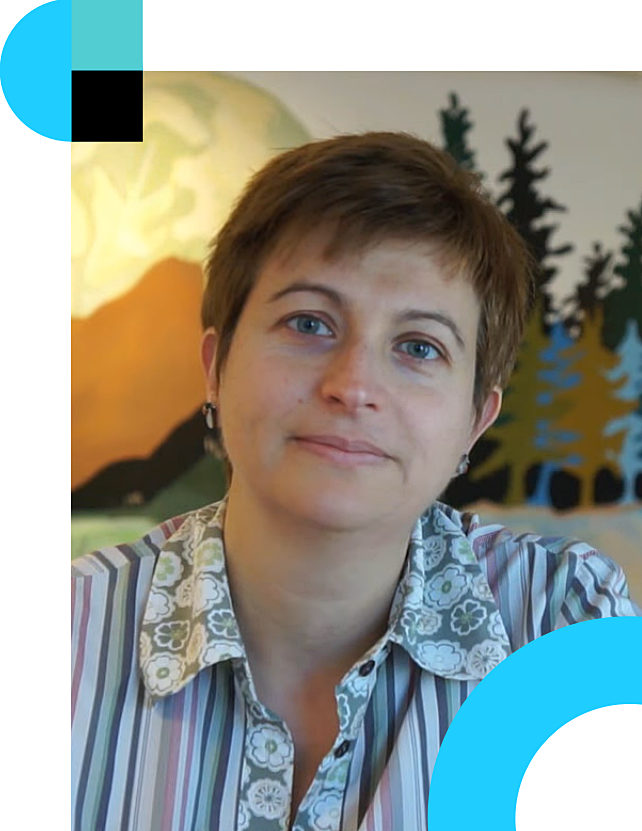 Bistra Papazova is the COO&CEO of Cobuilder International and a member of BASSCOM’s the Management Board. With over 15 years of management experience in the software industry, she has deep understanding of both product focused and service business models. Passionate about building the right organization - people, processes, culture, values, structure - to deliver value in accordance to business strategy.

Simeon Predov is one of the founders and CCO of the educational platform Shkolo (shkolo.bg), that instroduces new teaching methods such as playfulness of school tasks. Simeon has extensive experience in event and project management, marketing research and analysis, advertising and public relations.

He holds a Master's degree in Strategic Entrepreneurship from Jönköping International Business School, where he embrased the chance of improving the communication and teamwork skills due to the variety of cultures. Simeon is the creator of Trial and Street Bike Academy for children and adults. 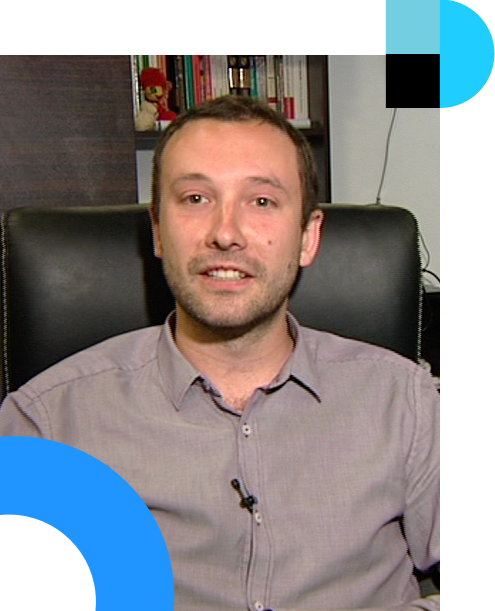 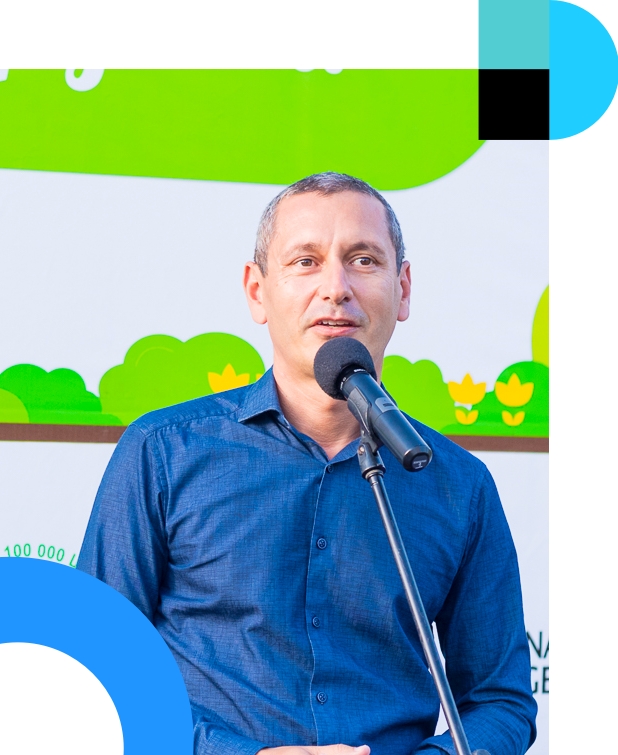 Petar Rizov is a member of the Branch Association of Bulgarian Telecommunications Operators' Management Board and the director of NЕТ1 - a company that have been providing internet and television for home users, as well as integrated telecom solutions for business customers for more than 13 years.

Mr Rizov graduated in law from Sofia University "St. Kliment Ohridski” and MBA at the American University in Bulgaria. He has more than 20 years of experience in managing teams and companies in the field of fast moving consumer goods, telecommunications and finance.

Previously he held the position of the Ambassador Extraordinary and Plenipotentiary of the Republic of Moldova to Estonia, Director of Foreign Relations and European Integration Department, Ministry of Transport and Road Infrastructure, Director of Centre for European Studies, lecturer of geopolitics at International Institute of Management 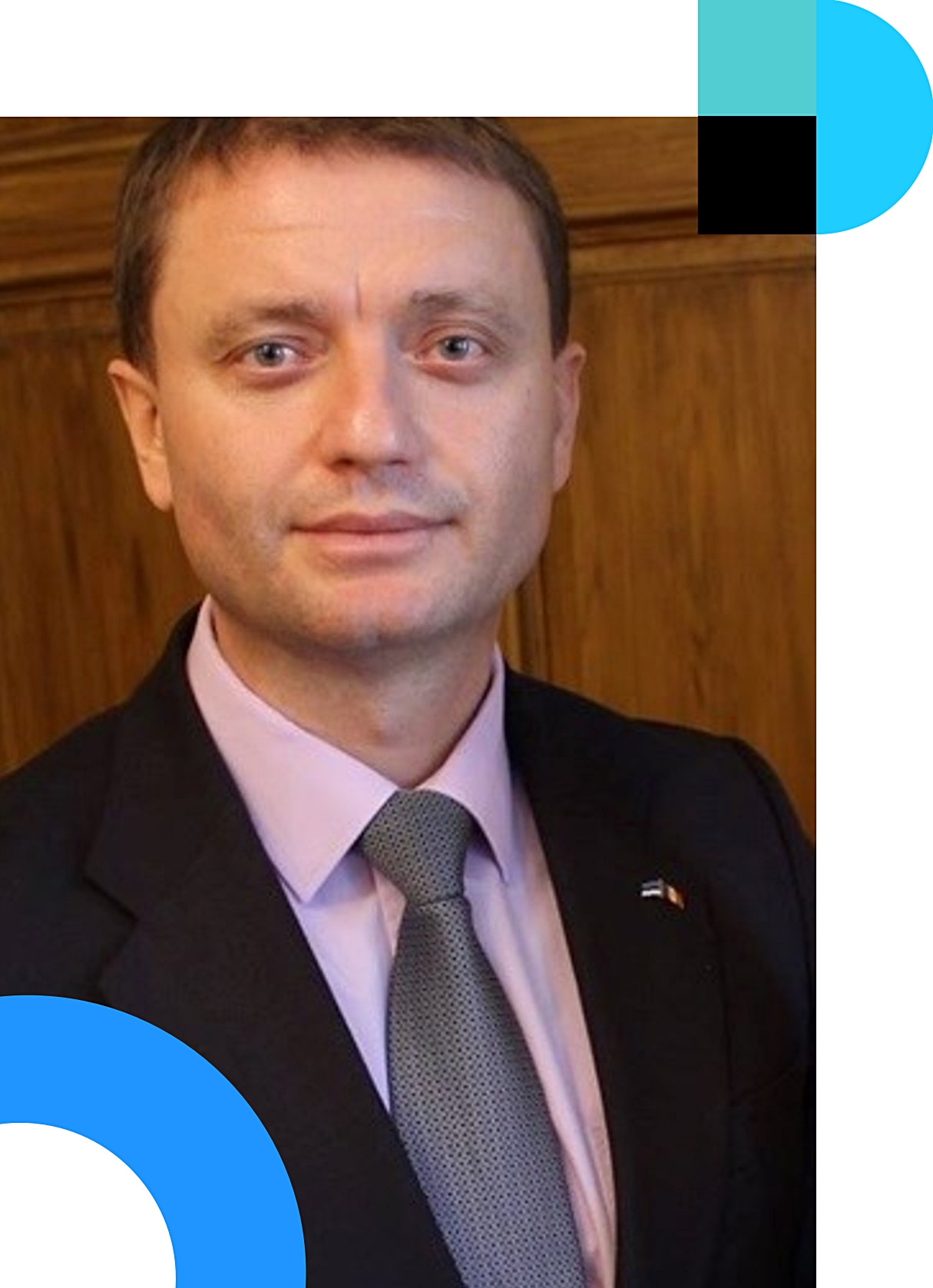 What have we learned from the crises